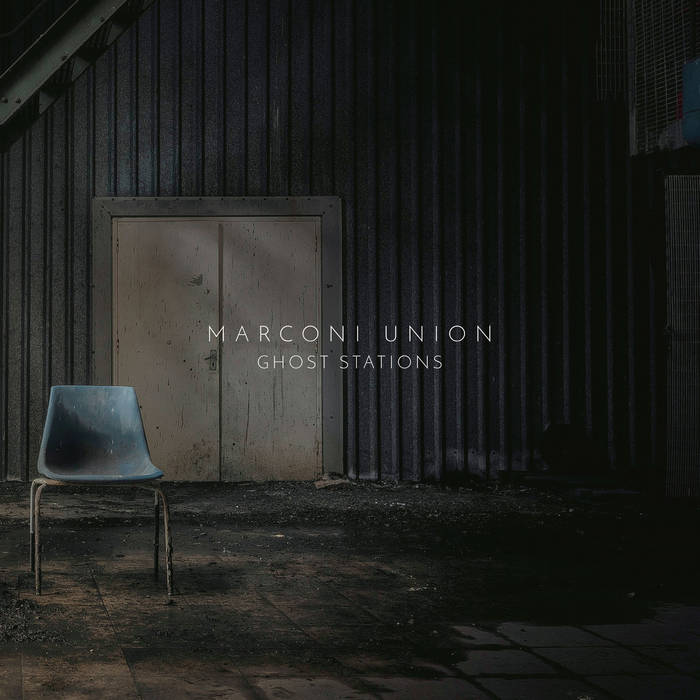 jaroslaw1981 Limitless sounds in a beautifully crafted piece of art. Thank you!

Ambient tracks like "Sleeper" are something different. So loud and fast, tremendous soundscape, but going by like a breeze. Invigorating, really. Wonderful creation.

Indigo bob This is an amazing album. I was not ready for how this album would transport me and take me. I have never traveled to/along a bands sound with such immersion before. This is a special album that is more than just great music. It is a wonderful experience! Every song is truly... something you got to listen to for yourself. Favorite track: Sleeper.

Cool Kid With A 🖤

“It's a beautiful smooth evocation of being whisked through darkness, perched on the cusp of anticipation” - The Independent ****

“Marconi Union collate a slew of ideas, then let then slide gracefully across layers of sound” - Clash

“They are like ambient amoebas of electronic music: constantly altering their sound with combining ambience with soft beats, dub with gentle jazz – yet they are still recognizable” - Sounds Of A Tired City

"All of the trademark Marconi-isms are here, but they're now emboldened by broader musical strokes" - Mix Mag 8/10

After fourteen years of writing and performing, the trio - founder members Richard Talbot and Jamie Crossley with keyboard player Duncan Meadows - are thought to be “amongst today's most talented musicians” (The Sunday Times). They have steadily developed and refined a unique musical identity; evoking emotions from gracefully blending elements of dub, jazz, ambience and electronica within their richly melodic compositions.

With ‘Ghost Stations’, Marconi Union’s music continues to straddle the worlds of artistic credibility and musical accessibility. They were not afraid to accept the challenge of making new music rather than just repeating their earlier work and were well aware of the risk of trying new things.

“People who have bought our previous records may think we've gone too far in this direction or that direction or that we don't do enough of some particular aspect anymore, but we've already done those things in our previous work and we have to keep pushing our boundaries otherwise what is the point? We want people to hear Ghost Stations and say “'What the f**k is that' either in a good or bad way!”

Before making a record Marconi Union usually have a clear idea about its ultimate direction, but this time they decided to set aside any preconceptions. They spent the last two years experimenting with playing, programming, editing, re-editing, (agreeing and disagreeing) until ‘Ghost Stations’ naturally evolved. Once the title was decided upon, everything fell into place connecting ideas of abandonment, empty spaces and dereliction.

“We always want to move forward and try new things, there's no point in just treading water, so it was great to use a couple of guest musicians [Digitonal's Andy Dobson on clarinet and Giorgio Li Calzi on trumpet] Sometimes you need real playing, especially when it comes to feel”.

Over the last fourteen years, their studio albums,'Under Wires and Searchlights' (2003) (“sonically immaculate” Uncut), 'Distance' (2005) (“one of the most successful ambient albums of recent years” The Sunday Times), ‘A Lost Connection’ (2010) (“minimal, introspective, ethereal electronica – gorgeous” The Guardian), ‘Beautifully Falling Apart (2011) (“places MU firmly in the vanguard of acts making atmospheric, ambient music” Music OMH, Different Colours' (2012) (“a work of bewitching beauty” DMC), and their last album, Weightless (2014) (“an ethereal sense of free flowing dimensions” DJ Mag), have brought them to the attention of larger audiences and international critical acclaim.

Marconi Union have accepted festival invitations from Brian Eno, they have collaborated with the Marina Abramovic Institute and have also recorded ‘Weightless’, hailed as the “most relaxing song ever”, with its tens of millions of streams and YouTube views, (even earning the accolade of being named as one of the 'Best Inventions Of The Year' by Time Magazine). Their music has been selected to accompany art installations, independent arts based projects, theatre and ballet, and to serve as the beautiful musical backdrop to television commercials, drama and documentary films worldwide.